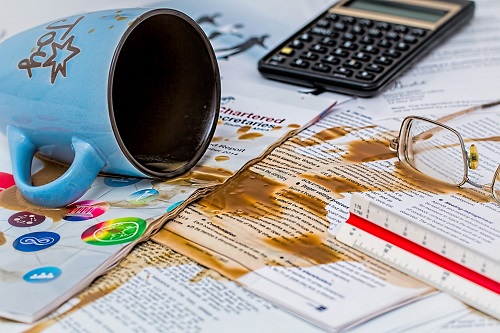 Not quite planned I'm participating in Michael Neills "Creating the impossible" this year (https://www.michaelneill.org/cti/). The programme is supposed to help you create the impossible which means that you have 90 days to achieve something that has less than 20% chance to be achievable in this timeframe. So from the beginning the programme is designed that you probably will fail.

Every week has an additional them. Last week the theme was "failure". The goal was to count 1000 failures.

Wow! 1000 times failing. That sounded like something! But after two days I realized that I had fun failing. I have to confess that I didn't count very seriously. But the tasks made me look differently at my life and I realized how often I actually fail. And even without really noticing. Ant not at all being interested in how some things turn out. Just as an example last Wendesday. That day really started with nothing but failures.

None of this failures made me feel bad or think I'm a bad person or something like that. It's just what happens in life. Sometimes or plans work out sometimes they don't. That's why I think she should really stop measuring ourselves and our lives by what we "achieve" and not. Mostly it's even not up to us. I know you could argue that failing in giving a cat a pill is not really important. But viewed from the cat it is. It needs this pill twice a day.

Most of us give way too much credit to other people (media, parents, friends) telling us what's a failure and what's success. And if our lifes don't look the way we think they are supposed to we feel like the biggest looser. Just because we can't keep up with some actually arbitraty criteria. I think it's time for something different. From my point of view the postman who loves his job and is always kind and helpful and also just enjoys life is living a very successful life. I advocade more courage of failure and more joy in life.