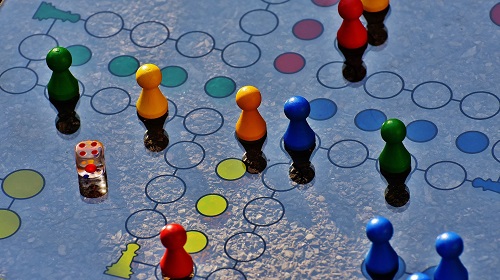 Language is really fun to play with. Today I had an insight at work. I got a bit frustrated about a software tool I’m working with and said “This software is annoying me”. As soon as I said it I realized it wasn’t true.

So – I corrected myself and said: “Actually – it’s not annoying me. It’s just not doing what I want.” Wow – that was a huge relief and shift. The energy behind that was totally different. And it made me stay concentrated. I just looked again, found the problem, and solved it. If I had stayed with the “annoyed” that wouldn’t have been possible so smoothly. I would have wasted a lot of energy complaining about the stupid tool. Which wouldn’t have changed the situation at all. 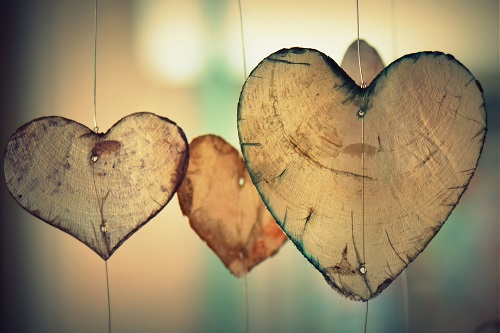 Today a more serious topic. I was lucky to attend a weekend meditation retreat. It was sooo fantastic! During one of the meditations I got an insight. Because of the language we usually use to describe such an event, I still felt some guilt around my first pregnancy. Why? Because we tend to say "I lost the baby". In some way this sentence implies that it's part of my fault. Because I didn't take care. Like when you loose your car key because you didn't close your bag properly. Or you forgot to take your umbrella back home. But that's absolutely not true! For whatever reason it wasn't meant to be at that time. Things like that just happen. It's sad enough to experience the loss of a baby - it doesn't matter what week you are in. And having a language which is not very supportive doesn't help a bit. For me just realizing that the words we use don't have to have any meaning was really a relief. Because on a very subtle level I felt that meaning when talking about the miscarriage (I don't think that word is a lot better). So - I wanted to share this. In case someone feels the same... 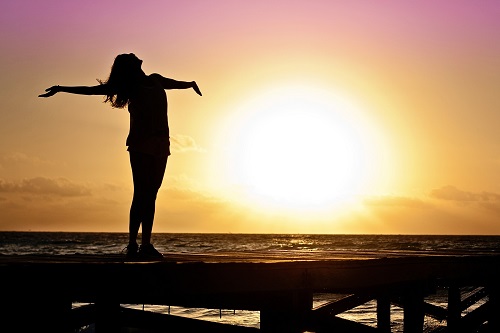 I guess you know someone like that: Already had several jobs/partner and everytime they come up and complain about the same old stuff. What is happening? It's quite simple: First a new job or partner is very exciting. you really think "now everything will be different". And one day you notice that you slipped back into the same old pattern. And there they are - your old problems. Sometimes it works that you change something in your environment and really everything is going to be better. But only if you've done some inner work before. When you looked at your old pattern and changed or dissolved them. Only if you can let new thoughts happen. But when you kind of get stuck in your same old routines again and again and again, meet the same people again and again and again you will have the same thoughs again and again and again. There's no room for whatsoevernew. Somewhere you have to be willing to break with your habits and put your awareness inwards. Do nothing. Just nothing (some people call that meditation). And so life gets a chance to bring something new. Something you would have never thought of with your all returning same thoughts. You get new ideas. New possibilites. Maybe something awesome. The one thing standing between you and awesome is - routine is so comfortable. Change is uncomfortable - at first. Ask yourself - are you willing to change? Seriously?

Let me know what you are willing to change to improve your life. 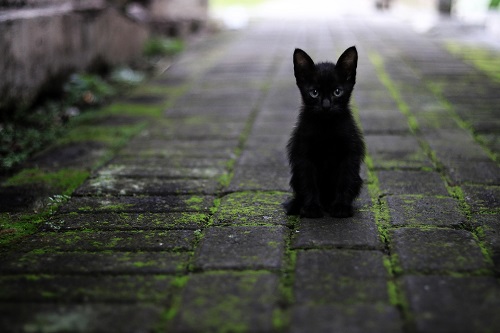 It might be that I mentioned we have a little black furry sometimes quiet annoying housemate. Our "new" cat. (Actually she is already a year old - not so "new" any more). In my life several cats have come and gone. This cat really is different. And she really gets on my nerves sometimes and I would like to just throw her out and never let in again. But - and that's the point - I'm only annoyed but what she does, not annoyed of her. I really love her, although I still get scratch marks from time to time. (All my other cats have been quite different so I figure it really is something todo with her character and not my "education". Not to say I believe I could really educate my cats.) When she gets me, I'm really angry. But I know she doesn't do it to make me angry. Just something went wrong. And she can't really tell me any other way. But when she's late in coming home I realize how much I care about her. Regardless of what she does. And not to say that she also brings a lot of joy into my life.

I really try to differentiate between behaviour and the person. Also with our daughter. Sometimes she does things that annoy me (which 3-year old doesn't). But I say her that I don't like what she does. And not that she makes me this or that or even that what she does is wrong/bad/whatever. Usually I try to find out what motivated her to show the behaviour. Sometimes I succeed, sometimes not. Sometimes I'm too tired. That's just it. I can't make anyone behave a certain way. Not even me! (Really - I tried so many times to not eat that chocolate - I still do). And you know what - I also think that I don't have the right to say "you are annoying". Who am I to judge you? Who am I to tell you that you are wrong? And why should I make myself the victim if I blame it on the other person? And I don't want to rely on anyone to change so that I feel better.

What do you think?